GameStop (GME) meteoric rise almost took down a major multibillion dollar hedge fund. This has created a ripple effect in the industry, primarily due to an internet mob influenced by a social media blogger. He convinced enough people to move in the same direction against established hedge funds who had short positions in GME.

We live in a world where disinformation, via social media can go unfiltered, unchecked and within a short period of time appear to be truth. This “truth” feeds on itself, often reaching a fever pitch. As it grows, it becomes the backdrop for those that follow the disinformation to then make financial decisions in the short run that often leads to financial calamity in the long run.

How did we get here? The answer lies in the way markets react to this kind of news today as opposed to historically. In the past, the markets would react when an industry veteran or titan with influence discussed a stock or a geopolitical issue that had relevance to a particular industry, or more specifically a stock play. The sheer announcement of an opinion could rail a stock or catapult into the stratosphere overnight.

The same can now be said with disinformation. The new frontier of novice traders, combined with the ever present influenced based blogger can have the same effect on a stock play. This has now roiled markets and made mice of once prominent men who control major hedge funds.

Markets can no longer differentiate between what is true and what is not true. We now know that social media mobs are just as powerful at manipulating markets as Wall Street Titans and this is the new reality. How then does this benefit or hurt the average investor?

Most would say it levels the playing field. That by being able to influence the market, internet mob groups, such as Reddit gives the little guy a chance to stick to the Wall Street. The opposite tends to happen more than you might think.

If market influence relied solely on disinformation, it would eventually implode on itself. We’ve seen it happen even in the institutional setting with the market collapse several years ago from the real estate bust because of disinformation related to real estate derivatives. (Topic for another discussion).

However, the institutional guys haven’t gone unscathed either. They now find themselves in the uncomfortable position of being targets for meme stock opportunists who see their public positions exposed for counter moves.

While everyone is looking for an edge. Market manipulation be it from disinformation, or influenced by institutional forces, result is novice investors getting hurt. In addition, institutional investors have gotten gut punched with margin calls and redemptions.

So, who wins in the end? The transactional intermediaries tend to fair well, however, the revenue models tied to fintech behemoths like Robinhood exposed potential conflicts of interest.

The question was raised during the GameStop meme stock phenomenon, whose interests are truly being served; David (novice investors) or Goliath (Institutional Investors) who have some influence perceived or otherwise with clearing houses.

This brings us to the final point. If disinformation is here to stay, how does the novice investor stay clear of manipulation. There seems to be some discussions by Congress, the SEC as well as others who are examining whether disinformation used to manipulate markets constitutes a crime.

The new paradigm might very well be how one sifts through disinformation from both potential sources and filters out truth. Markets will behave the way markets will behave. Disinformation affects the novice investor disproportionately more than the institutional investor. Social media bloggers have a responsibility to make certain information or influence rely on truth not hype guised as a revolt. This is the only way the delicate balance of the market survives for everyone to participate. Will the playing field ever be level? It depends on who is asking the question… 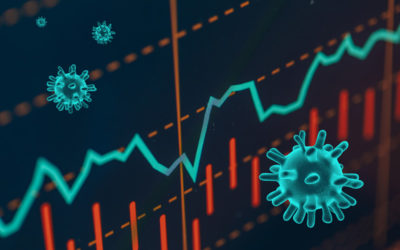 Investing in a Post-Covid Economy

As the world begins to recover from the economic trauma caused by the Covid-19 pandemic, many are wondering where to invest what is left of their portfolios, discretionary income and rainy-day funds. The dire straits of some industries left gutted by the paralyzing... 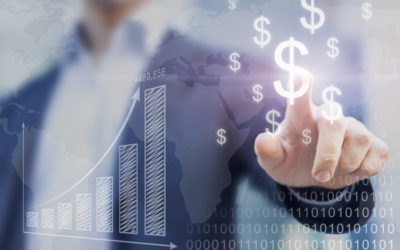 Investing for Superstar Athletes and Entertainers

Money doesn’t change you. It changes the people around you. I’ve heard this from many clients who have experienced the downside of acquiring wealth either from being extraordinarily gifted in sports or entertainment and in some instances both. It is not unusual for a...